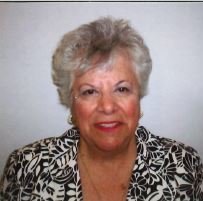 Age 87, of Genesee, died at home Saturday, June 6, 2020, surrounded by her family. A Mass of Christian burial will take place 1:30 pm, Saturday, June 13, 2020, at St. Mary Catholic Church. Janet will be taken to church to lie in state on Saturday from 12:30 pm, until the time of service.  Fr. Tom Nenneau to officiate with burial to follow in Calvary Cemetery. In lieu of flowers, please direct memorial contributions to the wishes of the family. Envelopes are available at the church. Please visit Janet’s tribute page at martinfuneralhome.com.

Janet was born on October 2, 1932, in Syracuse, New York. She is the daughter of Mr. and Mrs. Arthur and Antionette (Rendino) Cousineau. Janet was the General Manager in the sales department at Montgomery Wards for many years. Janet was very involved in many entities of St. Mary Catholic Church such as the Altar Society, Coordinator to Dewitt Retreat Center, Catholic Charities of Aging, Eucharist Minister, taught 4th-grade religious instruction, and was chosen as the woman of the year in 2009. Everyone that knew Janet knew her heart could be won over with homemade Italian dishes. In her free time, Janet enjoyed spending time with her grandchildren, traveling, listening to country music, bowling, and crocheting.