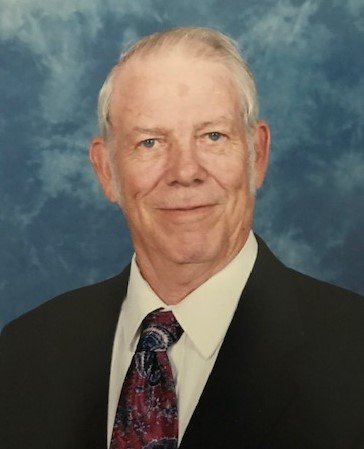 Age 88, of Fairgrove, died on Wednesday, June 3, 2020, at Carriage House in Bay City, surrounded by his family. A graveside service will be held at 11:00 am Wednesday, June 10, 2020, at Brookside Cemetery in Fairgrove. Lyle’s family will receive friends at Martin Funeral Home in Fairgrove on Tuesday from 2:00 pm until 7:00 pm. Memorial donations may be directed to Travis Mills Foundation for disabled veterans. Please visit Lyle’s tribute page at martinfuneralhome.com.

Lyle was born on February 14, 1932, in Fairgrove, the son of Mr. and Mrs. Milton and Helen (Maier) Hall. Raised and educated in Fairgrove, Lyle attended Fairgrove Schools. Lyle went to work at General Motors and then heeded the call to proudly serve his country in the United States Army during the Korean War. Upon his honorable discharge, Lyle returned to Fairgrove and was united in marriage to Linda Duval. The couple was blessed with three sons, and would later divorce. Lyle continued his work at Buick, retiring with 37.5 years of service in the mid-1980s.

Lyle would meet Carolyn Williams, at the Fairgrove VFW #7486. The two dated, fell in love, and were united in marriage on May 6, 1978, sadly she preceded him in death.

In his free time, Lyle enjoyed spending time with his family. He was an active member of the Fairgrove VFW #7486, volunteering in many capacities. Lyle was an attendant and driver for the Vassar Ambulance Service in Fairgrove and volunteered in the Fairgrove Fire Department for many years. He enjoyed riding his motorcycle, working on cars, doing puzzles, traveling, and the outdoors.

He was preceded in death by his parents; wife, Carol; son, Timothy; and brother, Donald.