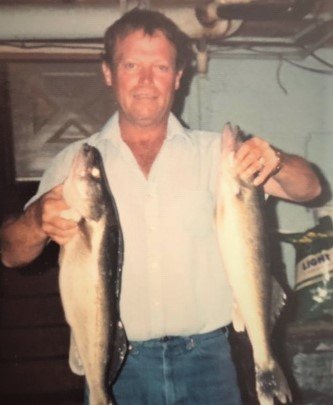 Age 75, of Fairgrove, died on Sunday, May 17, 2020, at MediLodge in Cass City. In accordance with Mike’s wishes, cremation has taken place. A private Celebration of Mike’s Life will be held later this summer. Memorial donations may be directed to the Akron Fairgrove Athletic Boosters. Please visit Mike’s tribute page at martinfuneralhome.com.

Mike was born on April 10, 1945, in Bay City, the son of Edson “Ted” and Evelyn ( Hellebuyck) Streeter. Raised in Wisner, Mike attended Akron Fairgrove Schools, graduating with the Class of 1963. After graduation, Mike attended barber school, graduating as a licensed barber. Mike then opened a barbershop at his home in Fairgrove and ran it for many years. In the late 1960s, Mike would heed the call of his country and proudly serve in the Michigan National Guard, until his honorable discharge. Mike met a beautiful young woman by the name of Carol Howell. The two dated, fell in love, and were united in marriage in August 1970, in Gilford. In the early 1980’s Mike went to work in the maintenance and transportation department at the Akron Fairgrove Schools until his retirement. In his free time, Mike enjoyed spending time with his family, bowling, golfing, hunting, and fishing.

Mike was preceded in death by his parents; wife, Carol; and brother, James Streeter.