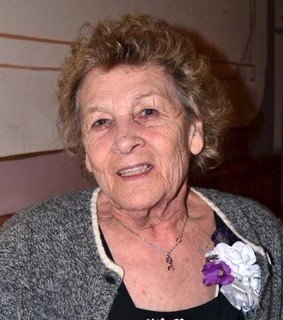 Age 78, of Saginaw, formerly of Vassar, died on Friday, April 17, 2020, at McLaren-Bay Region Hospital in Bay City. In accordance with Ruth's wishes, cremation has taken place. A Life Celebration honoring Ruth will be announced at a later date. Memorial donations may be directed to St. Jude Children's Research Hospital. Please visit Ruth's tribute page at martinfuneralhome.com.

Ruth was born July 18, 1941, in Vassar, the daughter of Mr. and Mrs. Archie and Geraldine (Burrows) Nephew. Raised in Vassar, Ruth attended Vassar Public Schools. On August 23, 1964, Ruth began her career at the Caro State Hospital as a caregiver. Her career would continue to flourish at the hospital, when Ruth transferred to the security department, where she worked for many years, before moving to the social skills center, where she worked as an activity therapy aide, until her retirement on August 1, 1996, with 32 years of service with the State of Michigan.

A devoted mother and grandmother, Ruth loved spending time with her family, especially her grandchildren. When not busy with family and work, Ruth enjoyed going on cruises, camping, yard work, playing bingo, spoiling her dogs, and watching game shows.

She was preceded in death by her parents; and two brothers: Arthur and Dutch.