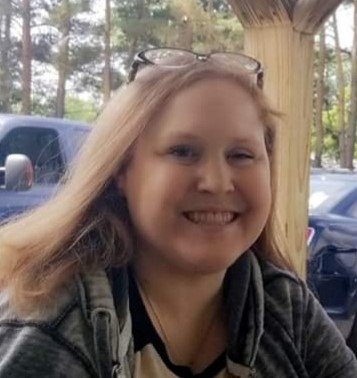 Age 36 of Vassar, died on Monday, April 13, 2020, at Covenant Cooper in Saginaw. In accordance with Carrie’s wishes, cremation has taken place. A Celebration of Carrie’s Life will be held at a later date. Please visit Carrie’s tribute page at martinfuneralhome.com.

Carrie was born on May 5, 1983, in Dearborn, the daughter of Corky and Cindy (Visnaw) Legue. Raised in Vassar, Carrie attended Vassar Schools, graduating from Vassar High School with the Class of 2001. After graduation, Carrie worked for One-Stop, the Vassar Post Office, and later on at Norm’s Market. Carrie would meet the love of her life, Jason Colosky. The two dated fell in love and were united in marriage on September 27, 2008, in Vassar. Carrie was a devoted wife and mother; her family was always her priority, especially her daughter, Grace. Carrie was known for her positive outlook on life and her ability to find good in every situation. She enjoyed cooking, watching cooking shows, spending time with her extended family and watching Disney movies, Jeopardy, and Wheel of Fortune.

Carrie was preceded in death by her daughter, Olivia Colosky, and her grandmother’s, Sally Legue and Gert Visnaw.

Carrie had a positive outlook on life that was often contagious to those around her. She always found the silver lining in every situation, always remembering to tell her family and friends how much she loved them! Carrie will forever be cherished and remembered by her family, friends, and the many people she touched in the Vassar community.