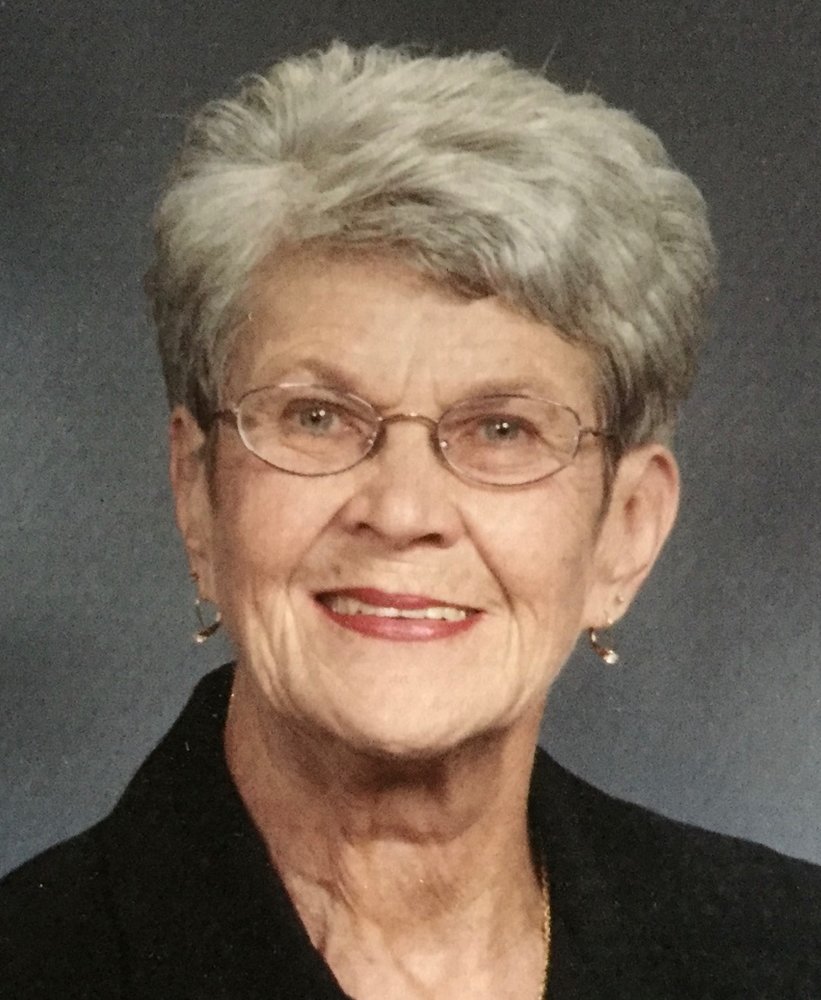 Age 89, of Fairgrove, passed away Wednesday, April 8, 2020, at home with her daughter by her side. Memorial Service will take place at 11:00 am on Saturday, September 11, 2021 at Akron Township Hall in Tuscola County. Pastor William Sanders to officiate. Memorial donations may be directed to Watrousville First United Methodist Church or the American Cancer Society. Expressions of sympathy can be shared with the family by visiting Phyllis' tribute page at martinfuneralhome.com.

Phyllis was born in Bay City on September 8, 1930, the daughter of Mr. and Mrs. Oscar and Sadie (McLaren) Cosens. Her granddaughter Kelsey Cohen writes this about her… "My Grandma Phyllis passed away earlier this week. She died in her sleep in her own home with her daughter by her side. My grandma was tough—a country wife and mother who raised six kids, survived tuberculosis, and her only comment after having a heart attack a few years ago was "that wasn't so bad." She suffered great losses in her life, and I'm sure she carried those heartbreaks with her. She had a rigid moral code and a particular way of doing things. She was the matriarch of our family, and while she probably didn't understand or agree with all the choices her kids and grandkids made, she loved us all fiercely. She went to graduations, and football games and even traveled to California for my wedding and New York City for my thesis show. She was stubborn, proud, and independent to the end—qualities that are apparently genetic for I see them in me, my father, my aunts and uncle, and my cousins and my siblings. I am grateful that she lived a long life and that I got to spend so much of my life with her. As I have been thinking about Grandma Phyl these last few days, I keep coming back to the conclusion that one of the most incredible things about her was that she truly lived the life she wanted. I will miss her humor, her stories, and the song she hummed to herself all day long."

Phyllis grew up during the Great Depression, on the west side of Bay City.  At age fourteen, her family moved to Bradleyville, Michigan, where her maternal grandparents farmed. She attended Fairgrove High School, where she met the love of her life, Howard Allen Russell.  Phyllis (and Howard) graduated with the Class of 1948.  They were married on December 27, 1950, after Howard completed his military service. Phyllis and Howard raised four young children in Fairgrove, Michigan, where they farmed and operated Russell's Dairy.

Bottle washing was among her many jobs. She washed milk bottles and baby bottles at the same time, often with a baby on her hip. In 1956, Phyllis was diagnosed with tuberculosis.  She would spend the next two and a half years in a TB sanitarium. Fortunately, surgeons were able to cure her by removing the lower lobes of each of her lungs. She returned home after recovering from her surgery and later would give birth to two more children. In her spare time, Phyllis worked full time as the Secretary for the Akron-Fairgrove School District.  She retired in 1992 after 27 years.  Sadly, her husband, Howard died on January 3, 1993, before they had a chance to enjoy retirement together. Phyllis loved cooking for her family, gardening, sewing, and completing crossword puzzles. She was well known for keeping things organized.

In November 1995, Phyllis married long time friend, Bill Hunter, of Fairgrove, and the couple enjoyed five years together before Bill passed away in June 2000. The Russell children will always remember the kindness and respect shown to their mom by the Hunter children, particularly that of the youngest, John.

Phyllis was preceded in death by her parents; husband, Howard; her daughters, Diane Nelson and MaryAnn Putnam; and her brother, Raymond Cosens; and son-in-law, Dennis Nelson.