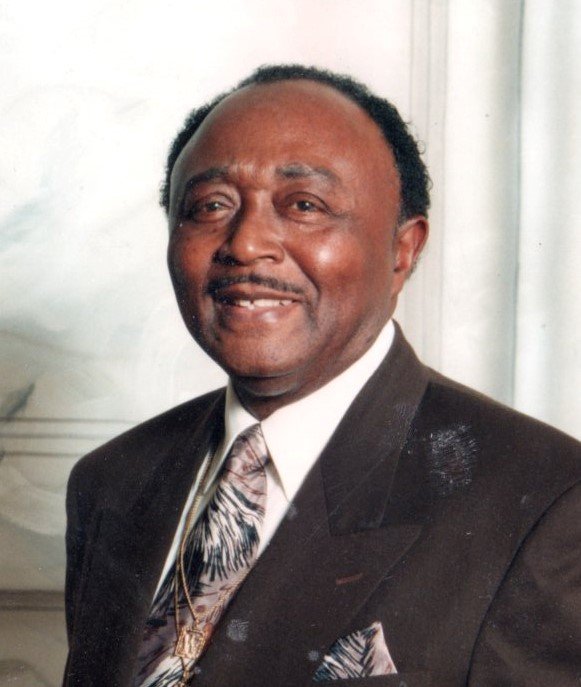 Age 96, of Flint, died at home on Sunday, April 5, 2020, with his family by his side. In accordance with Eddie’s wishes, cremation has taken place.

Eddie was born November 22, 1923, in Greenwood, Mississippi, the son of Mr. and Mrs. Joe Jr. and Mahala (Keyes) Williams. Raised in Mississippi, Eddie was educated locally. In 1941, he proudly heeded the call of his country and joined the United States Army, serving during World War II. Upon his honorable discharge, Eddie returned to civilian life, eventually moving to Flint, and going to work for AC Spark Plug. Eddie worked for 37 years until his retirement at AC Spark Plug, with nearly perfect attendance. He was a member of the UAW #651. While at AC, Eddie met the love of his life, Catherine Murphy. The couple dated, fell in love, and were united in marriage on October 22, 1973. In his free time, Eddie enjoyed barbequing with his family, traveling, watching sports, and playing cards. Eddie leaves to cherish his memory his wife of 46 years, Catherine; four children: Catherine and husband, Junior Seals, Linda Murphy and husband, Neil Arnold, Michelle Murphy and wife, Sandi Chesanek, and Alex and wife, Sunny Murphy; four grandchildren: Brianna, Brian, Anthony, and Alexis; five great-grandchildren: Nick, Benji, David, Noah, and Aubrey; brother, Junior, and wife, Belle Williams; sister, Brenda and husband, Charles Fairchild; nephew, Lawrence Giles, and several additional siblings; nieces and nephews.

He was preceded in death by his daughter, Rosemary Murphy.