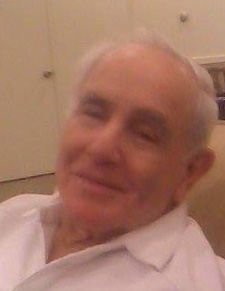 "Chico, Pops," was born on October 24, 1934, in Vieques, Puerto Rico. In accordance with Luis' wishes, a private burial took place at Tanner Cemetery. Expressions of sympathy to the family can be made by visiting Luis' tribute page at martinfuneralhome.com.

He married the love of his life, Shirley A. Isaacson, in 1964. Sadly, she preceded him in death on February 6, 2013, after 49 years of marriage. Luis worked at General Motors – Ternstedt from 1952 until retiring in 1982, at the age of 49. Shortly after retiring, he became an avid golfer; he also enjoyed watching sports, swimming, dancing. Sudoku, crossword puzzles and playing Euchre, and baseball. In his free time, Luis umpired for many Genesee County baseball teams.  He looked forward to his weekly outing to his favorite pub to play cards or to watch sporting events.