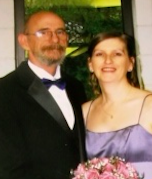 Age 62, of Flint, died on Wednesday, January 29, 2020. In accordance with Brad’s wishes, cremation has taken place. A memorial service in his honor will take place at 2:00 pm, Thursday, February 6, 2020, at Martin Funeral, Cremation & Tribute Services in Mt. Morris. Brad’s family will receive friends at the funeral home on Thursday, from noon until the time of service at 2:00 pm. Memorial donations may be directed to the family. Expressions of sympathy and donations can be made from Brad's tribute page on martinfuneralhome.com.

Brad was born on January 31, 1957, in Akron, Ohio, the son of Mr. and Mrs. Alton and Doris (Burgess) Helms. Raised in Alabama, his family would eventually move to Michigan, settling in Mt. Morris. Brad graduated from Mt. Morris Alternative Education with the Class of 1985. Brad was self-employed his entire life, as a musician and working as an over the road truck driver. Brad's true passion was music. He owned and operated Beast Guitars. Proudly serving his country in the Army National Guard, Brad retired with 22 years of service. Camping, woodworking, playing in bands, listening to music, and riding his Harley, are just a few of Brad's hobbies. He was also an avid bass player.

Brad was preceded in death by his parents.