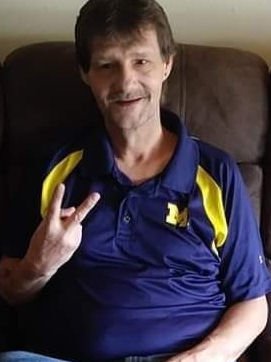 Age 50, of Clio, died Monday, November 4, 2019, at Hurley Medical Center, with his family by his side. A funeral service will take place at 1:00 pm, Saturday, November 9, 2019, at Martin Funeral, Cremation & Tribute Services in Mt. Morris, Minister Dave Sova to officiate. Randy's family will be present at the funeral home to receive friends on Saturday morning from 11:00 am until the time of service at 1:00 pm. Those desiring may direct memorial contributions to the Make-A-Wish Foundation or to the family through Randy's webpage at martinfuneralhome.com. Envelopes will be available at the funeral home.

Randy was born in Flint, on December 24, 1968, the son of Randall Paul and Katheryn (Austin) McCallister, Sr. On August 18, 1990, Randy married the love of his life and best friend, Leona Cwiklinski. At an early age, Randy developed a passion for painting cars. He went to work as a painter for many companies, painting anything from buses, military vehicles, semis, fleets of police vehicles, salt trucks for the Genesee County Road Commission, to his favorite, Monroe Truck Equipment, where he worked for many years. Randy loved spending time with his family, bowling, fishing, golfing and listening to music, especially Michael Jackson. Randy was very well known for his Mexican fiestas and grilling outside in the winter months while bringing in 3 feet of snow. Some of his favorite memories are when the Make-A-Wish foundation sent his family to Disney World 3 times, once for each of his daughters with special needs. Randy will be greatly missed by all who knew him.