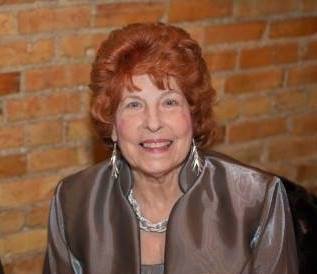 Age 84, of Mt. Morris, died Tuesday, October 15, 2019, at McLaren-Flint. In accordance with Marian’s wishes cremation has taken place and a memorial service will be scheduled at a later date.

Marian was born in Harrisburg, Illinois, on January 31, 1935, to Helen Oldham. She started working at a young age as a switchboard operator in Louisville, and that’s where she met her first love. Marian and James W. Sexton married on March 6, 1953, he sadly preceded her in death in 1997. While living in Michigan she found her calling driving for the Lapeer County Community Mental Health program. She was also a member of the Thumb Area Sweet Adeline's Chorus, and loved line dancing and listening to Elvis. In 2005, Marian met Charles Azelton and they married in 2011.

She is preceded in death by her mother, first husband: James, and Grandson Justin Todd.