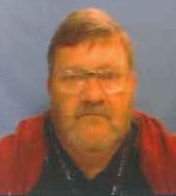 French was born in Port Huron, on July 29, 1961, the son of Mr. and Mrs. Myrle Lloyd and Mary Louise (Foster) Hammer.  On May 1, 1985; French would heed the call to proudly serve his country in the United States Air Force. He received an honorable discharge on February 5, 1997. French married the love of his life, Tracy Hosner on July 7, 2014, in St. Helen, Michigan. In his free time, French loved spending time with his family and friends, deer hunting, fishing, gardening, and watching the Detroit Lions, Detroit Tigers, and U of M football. He also enjoyed vacationing in St. Ignace with family. French worked as an LPN for the Caro Center before transferring to the Aleda E. Lutz VA Medical Center, in Saginaw.

Left to cherish his memory are wife, Tracy; children: Joe Hammer, Theresa and husband, Bobby Meir, Heather Hammer-Karamon, Ray and wife, Ashley Hosner, and Kevin  Hosner; five grandchildren with one on the way; four siblings: Char and husband, Randy Bergdoll, Kim and husband, Duane Ward, Leo Hammer, and Rodney Hammer and his girlfriend, Linda Bristol; and many other family members and special friends.