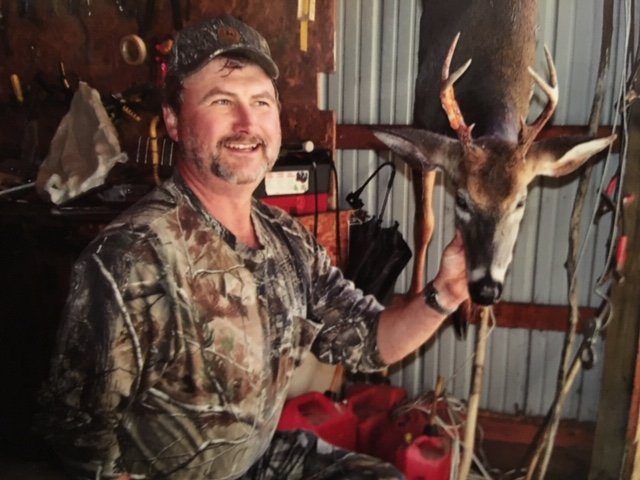 Age 60, died Wednesday, May 15, 2019, at his residence with friends and family by his side. A celebration of Aaron’s life will take place at a later date.

Aaron was born February 25, 1959, in Owosso, the son of Mr. and Mrs.  Arnold Bruce and Beverley Ann (Ade) Kagle. Educated locally, Aaron graduated from Coruna High School in 1977. He went on to further his education at Mott Community college, with an Associates Degree in Engine Mechanics. On Groundhogs day of 1993, February 2, Aaron would marry  Debra Fischhaber in Las Vegas, at the Little White Chapel.  Aaron’s interest in mechanics would lead him to General Motors, where he was employed for 30 Years. Aaron was THE outdoorsman. He loved to hunt, fish, snowmobile, and be on his boat. His favorite fishing spot was Big Twin Lake and Lake Michigan. Arron enjoyed hunting and fishing in his beloved Michigan, he also liked to hunt in Colorado. One of his favorite hunting places was New Foundland.  Aaron had a huge zest for life, and his positivity will be missed.

He was preceded in death by his parents, and father-in-law, Paul Fischhaber.

The family would like to extend a special thank you to McLaren Hospice.