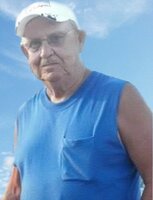 Age 78, of Mt. Morris, died Wednesday, June 22, 2022, at McLaren Flint, with his family by his side. A funeral service will be held at 1:00 pm, Tuesday, June 28, 2022, at Martin Funeral, Cremation & Tribute Services in Mt. Morris. Chaplain Hank Messing to officiate; with cremation to follow. James’ family will be present to receive friends at the funeral home on Monday, from 11:00 am until 1:00 pm, and again from 3:00 pm until 8:00 pm. On Tuesday, from 10:00 am until the time of service at 1:00 pm. Memorial contributions may be directed to the American Stroke Association. Envelopes are available at the funeral home. Expressions of sympathy may be placed on James’ tribute page at martinfuneralhome.com.

James “Jim” was born in Flint, on February 21, 1944, the son of Mr. and Mrs. Frank and Eulalee (Lawrason) Unrath. Educated locally, Jim graduated from Flint Central High School with the Class of 1962. Jim proudly enlisted in the United States Army and was honorably discharged in 1968. Upon his return to civilian life, he went to work for General Motors where he was a Committee Man until his retirement in 2000, after 37 years of service with the company. Jim married his beloved wife, Constance Brandt on February 24, 1990. Sadly, she preceded him in death on August 25, 2010. Jim was an avid softball player and was on many teams and leagues in his life, with the Winner’s Circle League in Flint being the longest. He also enjoyed camping in Oscoda and Rose City for softball tournaments. His passion for sports and his family led him to spend the last 20 years going to his granddaughter’s softball and basketball games. He never missed a game or a meet. He also enjoyed camping at Walnut Hills Campgrounds in Durand with his family. Jim was a huge MSU fan, and one of the proudest days of his life was when his granddaughter was accepted into and graduated from Michigan State University. Jim loved his red 1965 Buick Skylark convertible. He could often be found with it at car shows and cruises; he was always tinkering around with it or polishing it. Jim was a member of the Double Deuce’s Car Club, the Clio Eagles, and the Lions Club in Genesee. He also enjoyed playing golf at several locations and spending time at the casinos - with Soaring Eagle being his favorite. Jim was a master at refurbishing old furniture - pieces he updated were always amazing. Above all, Jim loved his family and he will be greatly missed.