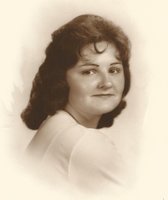 Age 78, of Flint, died Sunday, January 3, 2021, in her home. In accordance with Janet "PeeWee’s" wishes, cremation has taken place. Expressions of sympathy may be placed on her online tribute page at martinfuneralhome.com.

Janet "PeeWee" was born in Flint on September 25, 1942, the daughter of  Mr. and Mrs. Carl and Beulah (Evans) Rutledge. Born and raised in Flint, PeeWee was educated locally in the Kearsley School District, graduating from Kearsley High School with the Class of 1960. She went on to become a homemaker and a devoted mother, raising her children. As her children grew older, she returned to the workforce, working in the retail industry, before going to work as a custodian at Premier Packaging in Flint, where she retired with 13 years of service. PeeWee was a devoted mom and grandma and loved spending time with her grandchildren. She enjoyed watching NASCAR, attending multiple NASCAR races, and cheering on her favorite driver, Rusty Wallace. In her free time, PeeWee enjoyed playing bingo and poker, bowling, and attending various sporting events.

She was preceded in death by her parents: Carl and Beulah Rutledge; siblings: Lorene, Donald, Bonnie, Wanda, Jerry, and Barbara.